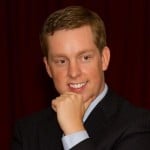 Would you vote to join the European Union we see today? That is the question, knowing everything you know, that you ought to ask yourself on the way to the polling station on the 23rd June.  One thing is for sure, the EU we see today is a far cry from the free-trade, common market vision passionately sold to the British people back in the 1970s.

Forty-one years ago, that was the concept on the ballot paper, and today, we stand on the precipice of the most significant vote the British people will have in a generation.  In a recent interview, I was asked whether I would rather win the EU referendum, or win a Conservative majority in 2020.

The answer was simple.  Whilst I passionately believe we need a Conservative Government again after the General Election – and indeed, my marginal Corby constituency has always been won by the party of government – this referendum is ultimately more important than that.  The choice is far more fundamental.  Do we want to be an independent, self-governing nation, standing tall in the world and true to our internationalist history and traditions, or a middle-ranking province of a European Superstate.

On the 23rd June, we will go to the polls with the chance to take back control of our country – and stop being told what to do by unelected and unaccountable foreign bureaucrats. However, I should say at this juncture: beware the politician who tells you there is no risk attached to their horse in this race. You can never be 100% sure in politics and international affairs.

But, make no mistake, you can write down on pieces of paper as much as you like that the UK will be protected from the march of “ever close union”, but the very nature of EU politics is federalist. And, you only have to look at the direction of travel since the 1970s to see that laid bare, warts and all.  Saying we will be insulated from “ever closer union” is a fantasy: the Eurozone and its future success will hinge on it, and it is impossible to insulate ourselves from its spillover effects.

Don’t forget, this is already a club that doesn’t serve our interests or listen to our demands. On 72 occasions since 1996, we have opposed EU policy in the Council of Ministers, raising fundamental issues of national concern. On all 72 occasions, we have been outvoted. This statistic proves what pitiful influence we have as a member of the EU.  Consistent with this, the renegotiation yielded a paltry return – far from the confident early pronouncements of “fundamental change” and “comprehensive reform”. And, who knows what the EU will look like in two, five, ten, or even twenty years time.

That is why the message from the ‘Leave’ campaign is very simple: we will be safer, stronger, and more prosperous, outside of the EU, and able to determine our own destiny; although I won’t say   it’ll all be plain sailing.

We want to bring back control of our borders and create a fairer immigration system that treats people equally, regardless of where they come from in the world. We don’t want open borders with 500 million EU citizens, not to mention the additional 77 million Turks who are set to be granted free movement within the EU – nor do we want to discriminate against Commonwealth citizens, or those from other parts of the world, who find it difficult to come here because of our discriminatory migration policy.

We are a nation that believes in a sense of ‘fair play’, right and wrong, and the importance of common sense. So, instead, we need an Australian style points based system so we can control who comes and who goes at our ports, whilst at the same determining our own immigration requirements and having the same rules for everyone.

We also want to stop sending £350 million a week to Brussels – and instead put that money towards supporting our schools, hospitals, police and brave armed forces, to name just a few. British taxpayers’ cash should be spent, or saved, in a way that is decided by elected Britons – and on our own priorities.

Political developments in recent weeks have brought this into sharp focus.  At a time when Members of Parliament are being asked to make extremely tough spending decisions, and the British people are feeling the pinch, it is difficult to ignore the fact that, each and every day, we are handing over £55 million to Brussels.  Indeed, in the Budget earlier this year, under the cover of the Red Book, it was snook out that our contribution to the EU budget would rise by £2.6 billion – for this year alone.  At a time when domestic departmental budgets are being slashed, Eurocrats are brazenly indulging in profligate spending. In the days ahead, voters will ask – what could we do with the £55m a day we currently give to the EU? And they are quite right to ask how much public investment, or how many tax cuts for hard-working families, could we introduce if we had control of our own purse strings.

As someone who was elected to serve as a Member of Parliament for the first time last year, I am clear that I want us to be able to make our own laws in our own Parliament. The British people should be able to elect a government that has the power to make, amend, and scrap legislation. That same population should have the power to vote in a good Government, and vote out a bad one. This is the definition of a parliamentary democracy – a concept we have proudly exported across the globe and which has traditionally been the envy of the world.  But, without doubt, it is under threat: while we remain a member of this unreformed European Union, 75 percent of our laws will be made abroad, where unelected officials have the sole power to propose and scrap legislation.

In the same vein, we should also have the power to sign our own trade deals – trade deals that would boost jobs and investment in the United Kingdom, whilst establishing trade links and relationships the world over.  The customs union makes it harder for developing nations to be able to develop strong and highly beneficial trading relationships with countries such as the UK – holding them back, and keeping often desperately poor people, poor.  There is nothing progressive about that.

So, the time has come for us to rejoin the wider world and have a truly global outlook. We are the fifth largest global economy, the second most important defence player within NATO; a country with an incredible history and a fantastic future.

A UK outside of the EU would still be a permanent member of the UN Security Council, be America’s strongest and closest ally, retain our seat in the G7 and the G20, and remain at the forefront of the Commonwealth of nations.

Far from being a leap into the dark, as the ‘stay’ campaign would have you believe, the United Kingdom leaving the European Union would be a leap into the light – into a more prosperous, brighter, global future, much more in line with the free-trade vision sold to the British people forty-one years ago.  I believe we are good enough, strong enough, significant enough – do you?