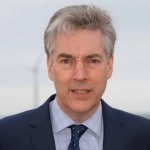 Knowing the exact meaning of some words can be a challenge. For example the word ‘literally’ has been used incorrectly so often its definition has been changed. Fortunately no such challenge exists for the word ‘union’. Its definition is clear and simple; the action of joining together or the fact of being joined together, especially in a political context.

The fact of being joined together has been the United Kingdom of Great Britain and Northern Ireland’s raison d’être for centuries. Although the union has not always been harmonious, and indeed some have tried hard to break it up, the majority have always thought it a good idea to remain united, for being a United Kingdom makes us a much stronger country. The same is true of our membership of the European Union (EU).

As the UK’s single biggest trading partner, the EU is crucial to British business, jobs and investment opportunities. The EU single market, implemented over the last 20 years, by removing restrictions on trade, competition, services provision and the movement of workers, has had immeasurable benefits to Britain: 3.5million British jobs are dependent on UK trade with the rest of the EU, with every British household £3,000 better off. In my North East constituency, which is receiving £660million worth of EU funding over the next five years, people are net beneficiaries of our EU membership. For every pound contributed we get more back out of the common pot. This is keeping people in good jobs, with up to 160,000 local jobs relying on trade with our European neighbours. In a region where unemployment rates and child poverty are among the highest in the UK, we simply cannot afford to sever such ties and jeopardise our role as host to such job-boosting companies as Nissan and Hitachi.

There is no doubt about it, leaving the European Union would be disaster for our country, the UK.

It would also be a disaster for our country’s Union.

It is well observed that the mood in Scotland is more pro the EU than England. If Scotland votes by a majority to Remain and England votes by majority to Leave this may well trigger another Scottish referendum on their UK membership. An independent Scotland as part of the EU would lead to the re-imposition of border controls between England and Scotland, something not seen since Roman times!

Following a UK exit from the EU, the nature of the border between the UK and the Republic of Ireland would fundamentally change.  Instead of it being a porous border between two fellow EU member states it will become a ‘hard’ border, raising a whole host of questions regarding customs controls and trade tariffs, cross-border institutional cooperation and freedom of movement. In all likelihood it would create the bizarre prospect of a guarded and fenced or walled border between the two countries, something not seen even at the height of the Troubles – for without such an obstacle the eurosceptics refrain of “Give us back control of our borders” will be meaningless.

Joining the then European Economic Area (EEA) on the same day in 1973, the economies of the UK and its neighbour the Irish Republic have become entirely interdependent, with trade between the two states worth a huge €1 billion per week. The absence of any form of immigration control between the two entitles UK citizens to live and work in Ireland – and vice versa – and permits almost 24,000 employees to travel freely across the border to go to and from work every day. For those who aspire to a united Ireland the notion of any kind of ‘hard border’ makes this prospect more distant, so undermining the peace process in key sections of the community in Northern Ireland.

Special mention must be given to a development which is feared will run parallel to a UK withdrawal from the EU – that of the repeal of the Human Rights Act by the UK government and a subsequent UK withdrawal from the European Convention on Human Rights. Charlie Flanagan the Irish Minister for Foreign Affairs and Trade has pointed out, the Human Rights Act of 1998 “is woven into the structure” of the Good Friday Agreement that was signed in the same year.

No Union is ever easy or simple. But our continued membership of the European Union is vital to the United Kingdom’s own internal Union. The EU is a long way from being perfect but it is far better to be at the negotiating table helping take collective decisions and leading in Europe rather than leaving to an unknown and uncertain future.