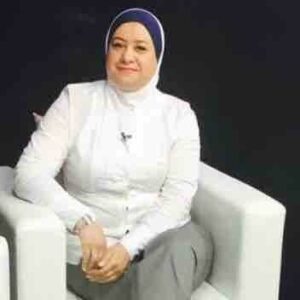 To mark the International Women’s Day 2019 campaign theme: #BalanceforBetter, the Director of Jordan’s Karak Castle Center for Training and Consultations, Esraa Mahadin shares her thoughts on the Kingdom’s ranking in the Gender Gap Index.

Jordan is perceived globally as a country of modernity.

It plays a vital role in key issues in the region such as counter-terrorism and inter-faith dialogue. Over the years, the Kingdom has introduced several initiatives like Amman Message and A Common Word Between Us and You to improve the image of the Middle East on a global level. The image of the status of women in Jordan, however, remains questionable and poor.

The Kingdom was included in the World Economic Forum’s (WEF) first report for the Global Gender Gap Index (GGGI) of 2006.  Then, Jordan ranked 93rd out of 115 countries, with a score of 0.611. Though Jordan’s rank was relatively low in 2006, the GGGI of 2018 shows that the situation for women in the country has deteriorated to become one of the lowest worldwide with a rank of 138th out of 149 countries!

Interestingly, the educational attainment sub-index of the 2018 WEF report places Jordan in an advanced position of 45th globally.   This ranking suggests Jordan could play a leading role to integrate more women in the economy and decision-making circles. The situation in the Kingdom is, however, exacerbated by the lack of legislative or policy initiatives to take advantage of its positive educational gains.

On the economic participation and opportunity sub-index of WEF, women in Jordan still face many challenges.  The Kingdom lacks policies to ensure gender pay equity, earned income, and equal participation in the labour force.

Jordan needs to adopt policies to increase the percentage of women’s participation in the economy.  It needs to pro-actively advance women in leadership roles, and increase the percentage of women at top management levels. Gender equality policies that have teeth will contribute to improving the overall economy in Jordan, which is currently struggling.

Whether the free fall of the women’s situation in Jordan is driven by lack of governmental will, or by a patriarchal culture, the result remains the same: The image of the Kingdom, widely perceived in the west to be a liberal country, will remain under scrutiny and continue to rank low in global indices.