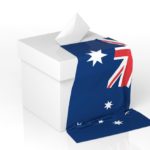 Nearly two weeks after Australia’s general election, votes are still being counted – results are close in several seats and balloting is diverse (pre-poll voting, absentee ballots, postal votes) – it is still being described by the socially progressive national broadcaster as a surprise victory for the conservative Liberal National Coalition. The deadline for the Australian Electoral Commission (AEC) to receive postal and other declaration votes into local counts was Friday 31 May. The AEC cannot officially declare a result until it is mathematically impossible for the margin to be overtaken. Nonetheless, the new Government was sworn in before lunch on the 29th of May with only 5 of 151 House of Representatives seats declared at that time by the AEC.

So far, nothing unusual. Australian elections are not usually marred by electoral fraud or systems failure to a degree that legitimate outcomes threaten their legitimacy.  Additionally, voting is compulsory and is generally viewed as a mix of an event and chore.

How about the “shock” and the “surprise”?

The Opposition Australian Labor Party (ALP) was, prior to polling day, seen as the sure-fire winner due to the sense of dismay that the Coalition had generated by a change of the Prime Minister in late August 2018 and focus on subsequent resignations from Parliament by a number of ministers prior to the election.  Noteworthy that the number of resignations among coalition members is roughly equal to resignations among ALP members, though those went largely unnoticed.

In a misjudged move, several government departments, anticipating a change in government, began distancing themselves from the political Ministerial offices at the beginning of 2019 as the elections approached.  A fact which will not go unnoticed as ministers reseat themselves in their offices and search for departmental support.

Polling also played a role in contributing to the shock and surprise of the election.  Consistently, measures of voters showed the ALP to have an unpopular leader but the party more broadly was preferred as the party of government. Betting shops showed punters were putting money heavily on the ousting of the Coalition Government. Even exit polls on the day prior to closing time and start of counting showed an ALP win. Betting odds spread from 8:1 for a Coalition return to 12:1 on the day.

Weekly quantitative data belied qualitative thinking across nearly all media. How did they get it so wrong? The net effect or impact of ALP policies wasn’t fully appreciated to begin with, and then the methodologies being employed contributed to a failure to capture the reality of what was happening.   At the heart of policy, ALP arguably promoted a “too bold” agenda that opened the door to a wholesale return of outdated labour union ultras’ ideas of who gets taxed and who gets the money.

For example, the promise of an $11,000 dollar per year once-off raise to early childhood care workers opened the door for all organised labour, frustrated with flat wage growth, to make a similar demand across the board without corresponding productivity gains.  Voters took note, and this rubbed rough against their sensibilities.

Similarly, the promise of an Australian shipping line under the cover of ensuring strategic supply of gas and fuel seemed like a gift to the maritime unions and a return to high freight costs and even re-regulated cabotage trade.

Capping it off, ALP proposals to remove parts, and tightening, of the admittedly tax-preferred status of investment in housing (a tax shibboleth in Australia) rocked voters. To its credit, the governing coalition successfully turned this bold agenda into something worrisome, picking at many readily available threads holding the ALP platform together; scaring voters witless about the ALP’s policy of ending an arcane but expensive and open-ended tax arrangement benefitting investors in the stock market, immigration policies, confusion over climate change, belief that the ALP is antagonistic toward the job and income delivering mining sector, and plans to set a goal for driving electric cars.  Ultimately, it was the hubris of the ALP and their conflated platform that enabled opposing parties to exsanguinate their campaign with a thousand small cuts.

Yet 17 weeks of tracking opinion polls by over half a dozen firms with a total sample size of 25,000 weekly, consistently got it wrong, always proclaiming the Government would lose.

Australia had about three weeks of pre-polling with a huge surge in voters presenting their ballots from halfway through the campaign period. These votes, on counting, showed a strong swing to the Coalition at the same time opinion polls were telling us otherwise.  Last minute changes in intention, that is thinking ALP but voting Coalition, may not have happened in the pre-poll voting because this would have shown up in credible opinion research.  Conservatives by nature are not embarrassed to tell pollsters who they voted for and, they certainly shouted about it in recent state elections in Victoria, but lost, so coyness is not to blame for the gap between polling and reality. That gap was also far beyond any reasonable standard deviation in an assumed sampling error of 0.6 per cent.

In Australia, samples are drawn from telephone lists (increasingly by mobile phone), online engagement and a little door knocking, each method having biases which need to be weighted. Polling tends to draw results from those who are politically engaged. Samples are also adapted by weighting or affected originally by quota errors regarding factors like region, age, gender, and other issues.  Competent polling companies need to factor all of these exigencies in their methodological design and analyses.

After the Brexit referendum, the UK Polling Commission now requires UK pollsters to be more transparent about samples and weighting to avoid polls causing greater influence over voter behaviour than they would in any case.

Australian pollsters may have been working with low samples or using an initial sample as a repeat-use panel and then adjusting opinion according to change in sentiment and other factors between polling dates. Or, pollsters could have worked with a non-representative sample and reweighted opinion results according to a formula reflecting age, gender, region and other factors. Additionally, there is the risk that a pollster is seen as an outlier after a run of results dissimilar to a cluster of competitors, and they in effect self-censor their results to match the rest of the pack. Finally, a pollster may wish to avoid real, but hard to explain, large swings in weekly results and design a formula to smooth its results to avoid being a black sheep in a data-hungry political market.

Aside from commercial polling, Australian political parties have their own internal polling.

ALP polling came from a well-known business already publishing weekly poll results based on a sample of about 20 seats, which produced data suggesting an electoral victory. Coalition polling appears to have shown it winning from mid-campaign. As it turns out, rather than ALP winning with a positive 1.4 per cent swing it was, according to AEC vote statistics on 29 May, the Coalition which formed the government with a positive 1.41 per cent swing in its favour. Australia uses a two-party preferred voting system and this swing delivered the Coalition 51.77 per cent of two-party preferred votes and the ALP 48.23 per cent. On the floor of the 151-member Parliament, the Coalition will have 77 MPs and, likely, give up one to be Speaker according to convention. The ALP will have 68 seats, minor parties have three seats and with a further three independent MPs.

Ultimately, conventional wisdom and expert punditry got this one wrong.  It failed to plumb the true vote-determining issues and did not fully understand the impact of good old-fashioned political momentum, or the lack of it for that matter.  Blinded by the given, an ALP win, many didn’t appreciate how or why the tide was turning.  The coalition maximized political opportunity in deconstructing their opponent, despite their own perceived flaws.  The ALP over-reached to the extent that they couldn’t convince voters on their full all-you-can-eat buffet of expensive proposals.  So really, these elections should not be a surprise, should not be shocking, but to those who wrote the Coalition off, let this be a lesson –and be sure, there are more lessons to be learned.

Philip Eliason works on policy and program management and between 2017 – 18 he was Senior Adviser to the Australian Foreign Minister on Middle East and International Security issues, up to the federal election he was Senior Adviser to the Minister for Agriculture. Prior to this, he worked on justice reform in Yemen and on Libyan political dialogue and constitutional development.