In December 2018, the Constitutional Court of Slovenia ruled unconstitutional legislative provisions determining the size of electoral districts. Since the number of voters differs from one district to another, the court determined that the votes of those in smaller districts counted for more than those in larger districts. As Slovenian politicians debate changing the election system to comply with the court’s order to amend the legislation, Sonja Lokar notes that a more invisible form of discrimination is being ignored by Slovenian lawmakers.  A version of the following opinion piece first appeared in Slovenia’s major daily newspaper Dnevnik on April 26, 2019. 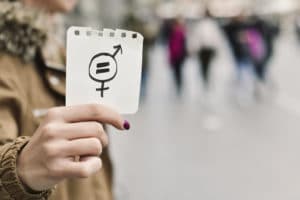 Why is it important for the legitimacy of elections that every voter has approximately the same weight in the voting process, why is it so important that the voters, men and women, get a stronger say on the issue of WHO should be elected and represent them, but it is not equally important for the legitimacy of elections to prevent systemic, party-based deliberate discrimination of women candidates? The reason might well be in the fact that this discrimination is, for the less informed majority of the public, even more invisible than the one which inclined Constitutional Court to take action.

On April 6, 2019, the former constitutional judge, dr. Ciril Ribčič published a comprehensive, well-argued proposal on how to reform the Slovenian electoral law for the State Assembly in order to accommodate the request of the Constitutional Court to ensure the equal weight of every voter’s vote and to enable voters to have a bigger influence on the personal selection of candidates placed on all electoral lists.

But neither the Constitutional Court, nor the honourable Dr. Ribičič, tackled the second worst, but a hidden problem of our electoral legislation:  despite the 35% legal minimum quota for men and women candidates, this law still tolerates systematic discrimination of women candidates to get elected.

How does this hidden discrimination of women to be elected operate in practice?

First, the law provides a minimum quota of only 35 per cent on the lists, instead of establishing parity: 50 per cent plus/minus 1) of each gender on each list in constituencies. The equal representation of both sexes in running for office and in the decision-making of public affairs in a representative democracy should be self-evident. This should be especially true in Slovenia, where more than 50 per cent of women make up the voting population especially if, as in Slovenia, more than 50 per cent of voters are women and more women than men show up to vote.  In the last national elections in Slovenia (2018) 52 percent of votes were cast by women!

The second pillar of this invisible discrimination of women candidates is in the fact that the system of uninominal electoral districts, defined by the current law, enabled party leadership to send women candidates picking strawberries in November, as they have been placing their women candidates mostly in the “non-winnable” districts.

Until recently, parliamentary parties, with a history of several cycles of general elections, understood their popularity in each electoral district by tracking results. Parties could reliably estimate where any of their candidates, men or women, had a good chance, a possibility or no chance to get elected. So, the biggest barrier for the women candidates to get elected is the electoral system itself, which guarantees the election only to those candidates who were placed by their parties’ leaderships into their most favourable electoral districts.  This is the most important reason why, in more than 20 years of the democratic parliamentary system, even after legally binding minimal quotas for candidates of both sexes, the share of elected women in Slovenian State Assembly oscillated between shameful 7.8% and 14%. 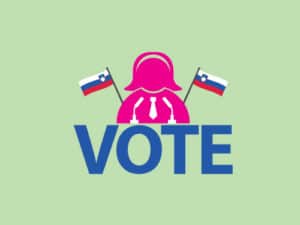 Experience from the last three Slovenian general elections (all called earlier than expected) shows that the legal minimum quota of 35% for men and women would not be effective even if parties attempted to fairly distribute their best electoral districts between male and female candidates. The political landscape in the last three elections has changed completely. It has become much more dispersed.  In two cases, the strongest parliamentary party was new and created only weeks before the elections. New parties have no reliable means to predict with certainty which will be their best districts before they contest their first elections. If they do not stay strong after their first term in the parliament, they also cannot predict where they might be the strongest in their second general election. At the same time, even the traditional parliamentary parties, competing since Slovenia’s first democratic elections in 1992 cannot predict their best districts any more. This was obvious in the 2018 general election when two long-time parliamentary parties could not even elect their party presidents and other parties failed to elect their best-known incumbent parliamentarians.

This unpredictability of Slovenian politics has turned the Slovenian electoral system into a bingo game for the State Assembly.  But the unpredictability continues to work against the interest of women candidates. In the last general election, the share of women elected to the State Assembly was only 24% (down from 33%), while the share of women candidates on most of the competing lists surpassed considerably the binding minimal legal quota of 35 %.

The decision of the Constitutional Court was right, and nobody should argue against it.   The electoral system for the State Assembly needs to change because it does not allow for the equal weight of every vote and does not allow voters to decide who, from their chosen list, will sit in parliament. It is, however, outrageous – and a massively missed opportunity – that the same Constitutional Court did not utter one word on the ineffectiveness of legislation governing the quota system for men and women candidates.  If the court wishes to guarantee the equality of votes, it should also guarantee the equality of the right to be elected.

My suggestion for Slovenian electoral reform would be the introduction of a proportional system without electoral districts but with eight regional lists with 11 names on each list.  There should be legally-binding parity on all lists, arranged zipper style, and every second list should have a woman candidate on the top of the list. My position is also to enact open lists with an absolute preferential vote but to give to every voter two preferential votes, one for their favourite male and one for their favourite female candidate from the same list. This solution would lead to fair competition between male and between female candidates, and loyalty to leaders would take a back seat to the voters’ trust for their representatives. It is crucial to enact a parity system for elected MPs, as there is no reason to assign to either sex the role of the sex with lesser representation. Male and female voters are nearly equal in numbers, they equally pay taxes and they should enjoy equal active (to vote) and passive (to get elected) voting rights.

Technically, any electoral system can be democratically engineered to ensure gender parity in the parliament. This was proved by the women-only shortlists for the emptied “winnable” seats introduced by the British Labour Party in a first-past-the-post majoritarian system or by the Swedes who have a proportional electoral system with regional lists, non-obligatory preferential voting and with the biggest political parties voluntarily applying zipper style arranged lists.

In Slovenia, we could achieve effective positive measures for parity among elected MPs, regardless of the way one chooses to reform our electoral system for the State Assembly. If not choosing to go the way I have suggested, we could equalise the size of electoral districts and the distribution of the seats by the biggest number of votes obtained for the same number of male and female candidates for one party.

The missing ingredient: political will

Today we do not need to persuade anybody that women in Slovenia will be able to reach parity representation in the State Assembly only by enacting strong, legally binding positive measures. This is our practically tested political culture. What we need is to create the political will for such effective measures. This is why we need additional and substantial public debate of party leaderships, experts, and women’s associations about the reform of our electoral system for the State Assembly. We need to forge a new democratic consensus on how to eliminate structural discrimination of women in their full enjoyment of their equal right to stand as candidates and to get elected. 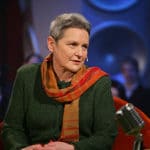 Sonja Lokar is an internationally renowned expert on gender equality and women’s empowerment.  A sociologist, professor of the French language, a politician and a civil society activist, Sonja was elected twice to the Slovenian parliament and was General Secretary of the Social Democratic Party of Slovenia.