If you think the hardest part of stabilizing Libya is the current negotiation process to end hostility – you are wrong.  Even if the most earnest and unified of governments is formed it will be confronted by a fiscal crisis and public demands the likes for which it will be wholly unprepared.  Managing this will be the hard part.

The WFP study, looking at the state of internally displaced people (IDPs) in 2014, indicates an increase from 147,000 IDPs in August to 393,000 IDPs in November.  Further, the study shows that 1/3 of IDP’s are relying on kinship, remittances and personal savings as their main source of income.  Additionally 79% of IDPs are reporting increased home expenses suggesting conflict-related inflation, but also demonstrating the toll of a devaluing Dinar.  IDPs indicate that 56% of their expenditures are going to food.  Rising food prices, lower value for the dinar, and depleting personal savings augers poorly for the future.

If the conflict should end, and Libyans are able to return home they will be expecting government assistance to offset their depleted savings and costs associated with the conflict, including reconstruction and continued subsidies on food and energy. However, the WB reports that the Libyan treasury is very far from being healthy.

The starkest illustration of the financial prognosis is Libya’s break-even price for oil, which is more than $170 per barrel.  This is the price at which oil has to be sold in order for Libya to continue its budget expenditures at current levels.  Should Libya increase its barrels per day (bpd) production to its historic 1.6m bpd it is possible that the increased supply will further impact global prices.  While the WB points out that Libya’s foreign reserves amount to about $100 billion, as of August 2014, the pressure to draw down those accounts in the post conflict period will be enormous.

The devaluing Libyan dinar  (LYD) will feed public demand for government spending.  Official exchange rates in in the last year have gone from 1.2 LYD  to 1.33 LYD buying $1USD. However, for those in Libya where banks are barely functioning, if at all, the availability of hard currency is in short supply resulting in black market rates soring to  2 LYD for 1 USD as late as January 2015.   If it costs more for imported goods the population, comfortable with subsidies, will press for even more government spending.  Pressure of this sort is often accompanied by the threat, or use of violence.  Too often government officials grant concessions to armed groups.

Considering these circumstances, the current dialogue must address not only the configuration of ministries and the terms of cooperation, but must also include a publically stated commitment to responsibly tackle the current fiscal situation. A supportive international community can provide a unity government the cover of external pressure to resist caving into public pressure.  Clarity on the fiscal condition may also assist current negotiations in terms of moderating expected concessions by various participants.

For the sake of future generations, the current instability has to end so that a unified Libyan government can begin the extremely hard work ahead.  It will face incredible public demand, a deeply cynical population which believes governments incapable of properly managing Libya’s finances, and one very used to receiving easy money, or getting concessions through the use of force.  The limited fiscal space means the unity government will have to be supported internationally and nationally to shepherd the necessary measures to right the ship.  Members of the government will need to be resolute in implementing their measures but also better communicators with the public at large.  They will need to take the time and spend the energy to ensure that the public has the opportunity to understand the depth of the problem. 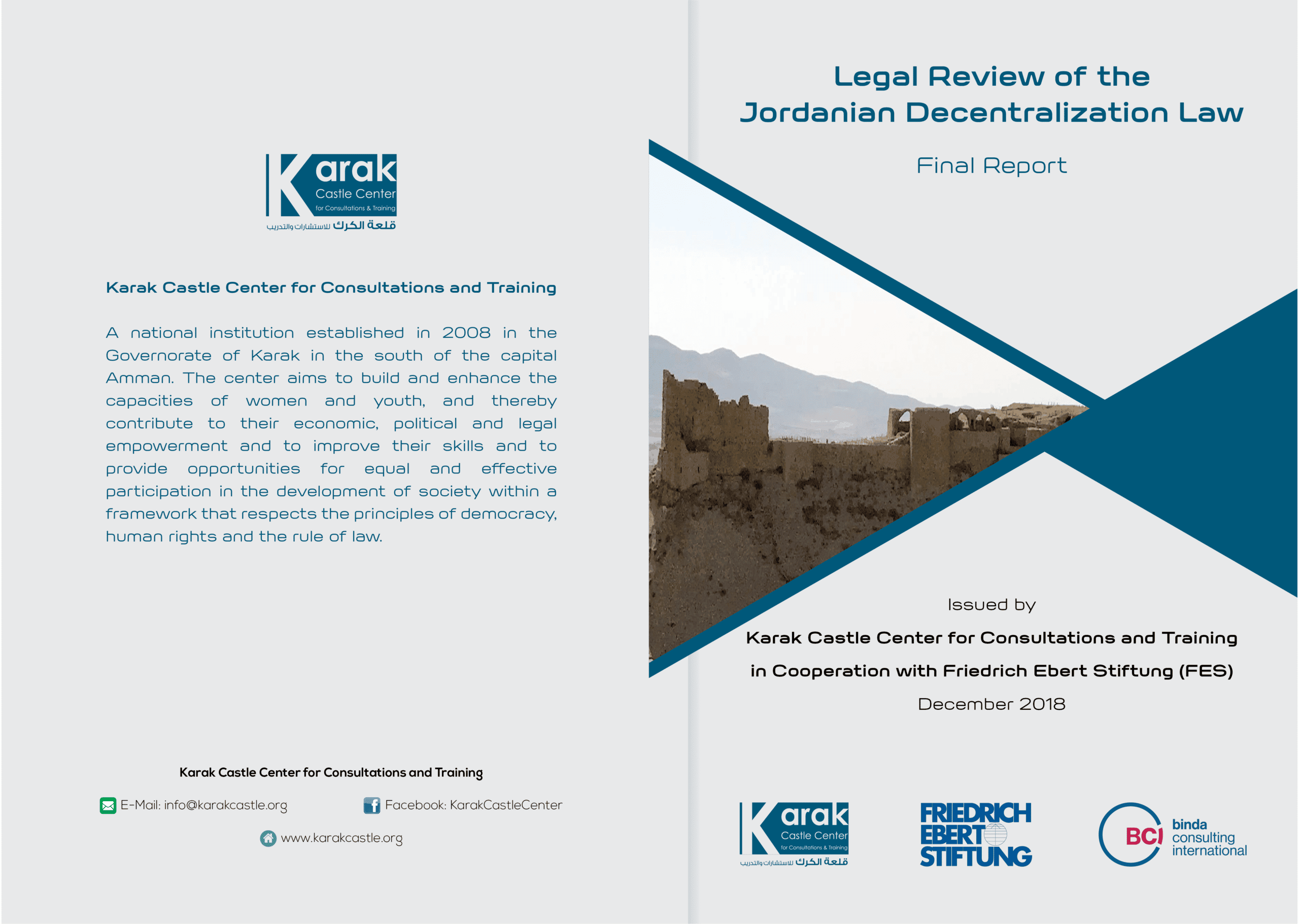 22 Feb, 2019 4 years ago
BCI recently collaborated with the Karak Center for Consultations and Training in Jordan to evaluate the Kingdom’s decentralisation law and...
Read More