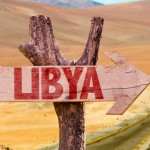 On May 12th citizens from the Libyan city of Zawiya, located 45 km west of Tripoli, went to the polls to elect a municipal council. Preliminary results of the election announced by the Central Committee for Municipal Council Elections (CCMCE) indicate that 63% of registered voters participated, although only 26% of women voters came to the polls. Further, CCMCE officials reported no significant violations or incidents of violence at polling centres and thanked Zawiyah’s security directorate for providing election-day security.

The United Nations Special Representative of the Secretary General, Ghassan Salame, recently noted the orderly and peaceful municipal elections in Zawiya, a city that has experienced internal discord and violence in recent years, is a positive development. Despite the political dysfunction that has plagued the country at the national level, citizens still see value in participating in elections.  While Zawiya’s newly elected municipal council will have the advantage of legitimacy bestowed by a democratic mandate, the road ahead will not be easy, and constituents’ expectations will be high.

To succeed, Zawiya’s municipal council will need to hit the ground running providing tangible improvements in municipal service delivery. Moreover, the council must demonstrate a genuine commitment to inclusive, accountable and transparent governance. It will, however, have the advantage of learning from the successes and shortcomings of other Libyan municipal councils over the past four years.

Communicating to Inform and Engage

Successful local governments in Libya tend to be good communicators, using numerous approaches to inform and engage with citizens.  A study, funded by the European Union in 2017, revealed municipal councils that enlist multiple local media outlets to explain “their challenges, decisions, and achievements to their constituencies, and open direct channels of communication with them are most able to cement their popular legitimacy.” For example, mayors and other municipal council members frequently participate in local radio programs to discuss their activities and hear from constituents. Further, many local councils actively use Facebook to inform the public of initiatives as well as solicit feedback and promote achievements of civil society, civil servants and the business community.  A Facebook page is a particularly useful tool for connecting with Libyan youth.  According to a 2016 survey by the International Republican Institute, Facebook was the preferred method for learning about municipal council activities by Libyans between the ages of 18-24.

While traditional and social media are valuable modes of communication for Libyan political actors, face-to-face interactions remain crucial.  In the eastern city of Bayda, for example, another 2016 survey reported that 73% of constituents who have directly interacted with the municipal council said it was a positive experience. Thus, Zawiya’s newly elected municipal council must proactively communicate with its constituents to sustain the legitimacy earned from elections.

Service Delivery at the Local Level

Communicating challenges and achievements is critical, but so too is improving the delivery of services in the municipality.  Effective service delivery requires resources.  The lack of stable funding to municipal council from the central government is a grievance echoed by many Libyan municipal councils over the past four years. According to a 2016 report from the United States Agency for International Development (USAID), local revenue generation through fees and taxes remains limited, although, public-private partnerships (PPP) can be a useful tool for raising funds to improve municipal service delivery in Libya. The city council in Tobruk, for example, was able to fund the replacement of water pumps in the municipality through such a PPP.

Zawiya’s municipal council should also seek assistance from the international community.  One option could be establishing a partnership with the Stabilization Facility for Libya (SFL), a multi-donor fund led by Libya’s Government of National Accord (GNA) and supported by the United Nations Development Programme (UNDP).  The SFL seeks to “rehabilitate critical infrastructure; boost the capacity of local authorities to address the needs of the population; and enhance local mediation and conflict resolution capacities.” Currently, the SFL assists several municipalities in Libya including renovations to public facilities, off-grid power generation, and ambulances. While the GNA’s Ministry of Local Governance has recently pledged 200 million Libyan Dinar in funding for municipal councils, identifying alternative sources of funding and creative means of revenue generation to support local service delivery should be a priority for Zawiya’s newly elected council.

In addition to communicating and raising funds for service delivery, successful municipal councils collaborate with – and benefit from the expertise of – a variety of local actors and institutions to create inclusive governance.  For example, some municipal councils have formed advisory committees, relying on local technical experts and universities to assist with conducting studies and drafting development strategies, while others have joined with respected traditional leaders to create local dispute resolution committees.  The benefits of proactively engaging with civil society enhance community development initiatives as well as increase public perceptions of local government as inclusive and accountable.

Successful municipal councils can complement collaboration with local stakeholders with lobbying national institutions on issues affecting their communities.  For example, numerous municipal delegations, including municipal council members, traditional community leaders, and members of the House of Representatives and High State Council, have met with national ministries and leaders, collectively advocating for needs of their communities.  Further, mayors from across Libya have gathered on several occasions to share experiences and, voices the needs of municipalities to national institutions and actors.

The international community should prioritise support to Zawiya’s municipal council.  Assistance via the SFL is one avenue of support.  Providing technical assistance to the municipal council focused on constituent outreach and engagement, strategic development planning, and public financial management is another. With several municipal elections on the horizon, the international community should also support Libya’s CCMCE and its efforts to conduct local elections as well as civil society networks, such as Libya’s Network for Democracy Development, and its independent election monitoring efforts.

Frank Talbot is an independent research consultant focused on conflict analysis and transitional governance in the Mediterranean region. Follow him on Twitter @talbotfd