Guest blog by Shannon O’Connell. An edited version of this article on gender equality in political parties appears in an upcoming publication of the National Democratic Institute for International Affairs on 21st Century political parties. 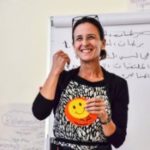 Gender equality. It’s a phrase that has influenced much of the political debate in recent years, and it’s an important one. There are myriad arguments why political parties should make gender equality not just a priority but an urgent priority:

Simple math. It’s been said before and it’s worth repeating. In almost every country, women represent 50% of the population as well as the majority of voters (globally, there are more adult women because women tend to live longer than men). If women are not in decision-making positions in similar numbers, this is not, by definition, democracy. If this is your party’s situation, you are not democratic. Whether your party is 300 or 3 years old, if men are over-represented and women are under-represented in your party, you are not democratic. Sorry to say it like this, but it’s true. Simple math.

The road to reform. Let’s be honest: voters are weary of how we’ve been behaving in recent years. Parties of every ideology have, to some degree or another, abandoned or completely failed to develop a relationship with their grassroots. Some of us have even been brash, arrogant and unashamedly detached from the needs of citizens. If this weren’t true, we wouldn’t be writing articles and blogs and holding conferences, panicking over what to do about declining party membership, tumbling voter turnout levels and rising support for populist and other ‘up yours’ figures.

We’ve gotten a lot wrong in recent years. Bringing women in – and letting them not only be present in our political parties, but letting them influence how we function – is part of setting this right. It’s not the only answer and it’s not the single remedy that will change everything, but we cannot renew our relationship with voters, or claim to be on the road to reform, or boast that we are genuinely listening and responding to the needs of citizens if we’re largely ignoring 50% of the population.

Better outcomes. The private sector has done an excellent job quantifying the benefits of gender equity in executive decision-making. While politics and government are clearly different beasts, there are elements of these findings that hold value for any decision-making body. Research from the International Monetary Fund, for example, has shown that adding one more woman to senior management or a corporate board (while keeping the size of the board unchanged) is associated with 8-13 basis points higher return on assets. Not to suggest that the same figures would transfer unchanged, but just for fun consider the gains if that were an election!

Basic rights. Women possess the same rights as men to be at the decision-making table. Bottom line. Nothing more to be said on that point. What women don’t possess are the same opportunities, so we should not be surprised or annoyed that we have to change the structures under which we operate as parties to make it possible for women to fully exercise these rights.

Clearly, the case for very deliberate efforts to increase women’s participation and full engagement in political parties is compelling. So, what can you and your party do to pursue gender equality in your organization?

Keep in mind that restructuring for gender equality is a form of organizational development and involves developing and implementing a growth agenda. When you deliberately seek to increase women’s participation and influence in your party, you are expanding your outreach, your appeal and your internal capacities. This is about getting bigger, better, faster and smarter. This will make you a more competitive organization. The list below provides some tips on how to approach this.

Identify – specifically – what you are going to do as an organization to bring women in, to make them feel welcome and help prepare them for the resource drain and the rough and tumble of politics. The options are unlimited: quotas, training and recruitment programs, women-only candidate lists, reserved seats on party executive bodies, special fundraising mechanisms for women candidates, policy groups, reimbursing childcare expenses, etc. Think about what will make a real difference.

These are the types of approaches that actively prevent women from having equal chances to succeed. They keep the party running more like a personal club for senior members than a vibrant political organization. They need to be more formalized, transparent, accessible and democratic, changes that will likely benefit the party overall.

It may also be worth keeping in mind that some of these types of changes are often easier when they are legislated. This way, they apply to all political parties so that there is a sense of shared responsibility. When Mexico required political parties to allocate 2% of their public funding to women’s development, all the parties had to make this change. When France amended its constitution to require 50% women on candidate lists, all parties faced penalties for non-compliance. As political parties are competitive animals by nature, parties simultaneously taking on these changes means that there are fewer concerns about the political playing field being affected (by this issue anyway).

And remember: what you’re implementing when you pursue gender equality is a growth agenda. You are going to come out of this better and stronger. These types of efforts are rarely straight-forward or easy, but they are always worth it. Now, get out there and get to work getting women to work in politics and in your political party! Call me if you need help. Good luck!

Shannon O’Connell is political party expert specializing in women’s political participation. She has worked with more than 50 political parties worldwide, hundreds of candidates for elected office, as well as dozens of governments and formal opposition blocs. All of them are better and stronger when decision-making is shared between women and men. All of them.