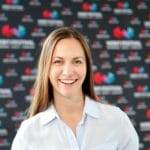 A crude piece of graffiti adorns a street wall in Sofia, Bulgaria. ‘If elections changed anything, they’d be outlawed’ it reads. It has been there since the early 90s, back when the country’s sharply bi-polar political system and its tokens were ripe for parody.

25 years later, the chess pieces are back in their corners and nobody is laughing. March’s general election will be a verdict not only on who gets to govern for the next four years – the country’s two main political powers are contesting something a lot bigger. It’s a clash of ideology, of fundamental values and worldview – Left against Right, Liberalism against Conservatism. The time has passed for the debate to be ‘cooled down’, what we need most, 2 months before the election, is clarity.

The policy differences between the two parties are mainly economic. 2008’s financial crisis hit Bulgaria hard and 2016 was the first in almost a decade to conclude with a budget surplus and economic growth of over 3%. This was achieved largely by the GERB administration’s successful stimulation of the economy, contraband reduction and budget management. The question voters will be faced with in March is thus about how best to harness the recovery. The leftist BSP has already come forward with plans to re-start Russian-led, multi-million energy projects, to increase state support of various sectors of the economy and raise welfare payments.

That sounds great on paper, but is spending money that is not yours really the most prudent, the most responsible way forward? Here at GERB, we have a different philosophy – we prefer to invest in developing businesses, rather than having the state make up for the lack of competitiveness; to create opportunity for everyone instead of shifting money around. Unlike the socialists, we don’t want to risk turning the wheel back and having the government create and manage industries, only to find ourselves bleeding money to keep them on indefinite life support. There are plenty of examples in recent Bulgarian history of how dearly such attempts have cost us. Instead, we intend to keep developing infrastructure that works for everyone; keep assisting people to make their homes more energy-efficient, cutting household costs in ways no welfare programme ever could; keep supporting those who need it the most.

The question of what to do with our new economic buoyancy and the resources it generates, is a key one for a number of reasons. As most post-communist countries, we still need to reform important sectors such as healthcare and education. Such changes are lengthy and costly to make but necessary to improve quality and facilitate social and economic development. Most importantly, they are something only a wealthy state can afford to undertake.

If you want to improve healthcare provision, for instance, and you need to reduce the number of hospitals to concentrate a limited number of specialists where they are of most use, you need to, in turn, invest in community medical centres and improve emergency care and ambulance cover. If it’s higher-quality education you’re after, you need to pay teachers more, attract young people to the profession, and provide them with the resource base, training, knowledge and technology to teach the skills of the 21st century labour market.

That’s why, whenever the Left dreams of simply spending more on welfare, we worry that the country might miss its chance to prepare itself for the challenges of tomorrow.

The upcoming election is also significant in terms of deciding where we fit in an ever-changing global order. For us, the challenges of mass migration and political volatility across the world are another signal that it is in our best interest to be a part of NATO and the European Union. A stormy sea is most dangerous to the smaller boats – we believe further integration is the anchor we need to weather it. There are, of course, a number of serious flaws the EU needs to address, yet it remains the most sophisticated and advanced political mechanism in history. We see Bulgaria as a sensible, active member, taking advantage of its status to fix the system rather than abandon it. Regrettably, our commitment to further integration does not seem to be shared by the BSP.

2017 is a critical year. Elections in Germany, France and the Netherlands will influence the entire continent’s political course for the near future. Regardless of which way those elections go, Europe will need stability in the Balkans and it is our job to show the people of Bulgaria that GERB is the only party that can truly provide it.

Eva Maydell (formerly Paunova) is a Member of the European Parliament. She is Vice-President of the largest organisation of associations and civil societies in Europe – European Movement International, Vice-President of the biggest political party association of SMEs in Europe – SME Europe, and co-founder of Education Bulgaria 2030.  Follow Eva on Facebook and Twitter