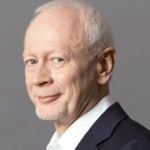 The debate in the European Parliament concerning the situation in Poland resulted from a couple of issues. Representatives of various political groups and the Commission may seem to be somewhat disappointed with Poland. It used to be a country with excellent reputation and considerable economic achievements that effectively used EU funds. Poland was a strong partner in discussion concerning many essential matters (the energy union, sanctions against Russia and at present Nord Stream II) and it always clearly demonstrated its pro-European approach.

Until now it has been clear for everybody that Poland is the state of law. The rules governing the civil service had been developed before Poland joined the EU. The decentralised model of the state including the principle of subsidiarity was complemented by decisions made by the government headed by Jerzy Buzek. The division into executive, legislative and judicial powers, monitoring mechanisms enabling the control of government policies, as well as the role of the Constitutional Tribunal and the Commissioner for Human Rights – all these elements have been incorporated into the Polish legal system and have been approved as corresponding with the state of law concept based on the Copenhagen criteria, which need to be fulfilled in order to join the EU.

Suddenly a lot has changed. The decisions aimed at weakening the Constitutional Tribunal’s position were made late at night. They contributed to paralysing the Tribunal so that it could not perform its functions and undermined its independence. Furthermore, the government introduced changes in rules governing the employment in the area of civil service excluding the most important recruitment criteria: independence and professional qualifications. In addition, the modified media policy caused problems with ensuring pluralism in the public media, which we have already experienced in practice. Even if the government wanted to make the Tribunal more efficient, it could have been done without making these crazy and destructive decisions.

It is still not a serious setback for democracy. The new government has been formed as the result of the democratic parliamentary elections and is entitled to implement changes in various policies. It is another question whether these changes are smart or not and whether they will contribute to the development of Poland. The changes concerning the education starting age and the previous retirement age seem to be serious mistakes especially in the context of current demographic challenges. But this is how democracy works.

Winning the elections does not give anyone right to undermine the fundamental values of the democratic state. We have been developing them since 1989. It was a journey filled with both triumphs and failures, but we have always worked for the common good bearing in mind the system of values rooted in the European and Christian heritage. The state of law concept is a significant part of this system and the Constitutional Tribunal remains one of the most important institutions acting as the guardian of democracy and the rule of law. Now these fundamental values and control mechanisms are jeopardised.

These developments give raise to questions and doubts. Our European family has right to ask for clarification. We should not react in an aggressive and defensive way to any acts of criticism only because we may feel a bit less self-confident. It seemed that we have already overcome our complexes, that nowadays we feel proud as a nation. Therefore, it is hard to understand, why just one day before the debate in the European Parliament there were new speculations revealed. According to them, both the debate and the European Commission’s decision to launch an audit of Poland’s adherence to the rule of law are the result of a conspiracy organized by a couple of EU states. As the Law and Justice party suggests, these states wanted to cover other problems faced by the EU such as refugees crisis (Germany) and business reactions to the government’s plans to impose a tax on supermarkets (Portugal, France and Great Britain as countries great supermarket chains stem from). This is paranoia! When I hear this kind of information from prominent politicians representing the ruling part, I think we should call for more common sense and reasonable balance.

It is necessary to state this was not the debate against Poland as such. It was the debate against certain actions undertaken by the ruling party in very concrete areas. Therefore, we need to set aside emotions. It seems that some of the Western European politicians reacted in a too emotional way, although I believe that was not the case in the European institutions. The European Commissions is just doing its job. It has already intervened before with regard to many other countries, although the procedures and mechanisms implemented were slightly different. We also need to set aside emotions on the Polish political scene but not in the case of the opposition. We (the Civic Platform) have always claimed that maybe it was a bit too early for the debate in the European Parliament. However, if the debate is already taking place, the government needs to provide answers rooted in facts. These facts are, unfortunately, inconvenient for the Law and Justice party and therefore, its politicians cannot control emotions. They are not doing it now, and they were not able to do it in the past when Zbigniew Ziobro, together with other Members of the Polish Parliament representing the Law and Justice party, made public accusations towards the Polish government. This kind of behaviour harms the reputation of our country abroad.

There is a division in the Polish society. This division will certainly work to our disadvantage in the long term causing waste to the precious energy we have as a nation. Undermining the position of Poland in the international arena by making decisions that raise fears, and are in contradiction to good taste, is not a proper path to choose. Now is the time for discussion. We need to find the time also to think all these matters through. This task should be particularly important for the ruling party that forms the government in the democracy, such democracy that respects citizens’ concerns and understands that they have right to oppose some of government’s decisions.

Michał Boni is a Member of the European Parliament from Poland in the Civil Liberties, Justice and Home Affairs Committee and is a member of the Polish Civic Platform Party