BCI consultants have a long and fond relationship with the Balkans.  Both Carlo and Francesca have been engaged again on client projects in Kosovo and Macedonia so we’re paying close attention to elections this week in Macedonia.  It’s complicated and messy, but worthy of scrutiny.  For a comprehensive review of the background to these early parliamentary elections, we recommend Why Macedonia’s Discredited Rulers Will Win Again by Roland Gjoni & Timothy Less published earlier this week by BalkanInsight.

We also invited Angelka Peeva Laurencic to comment for us on the Macedonian elections. 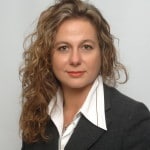 Macedonia enters the final phase of parliamentary elections to be held on December 11. Keeping in mind that Macedonia is a relatively young democracy, elections always have a certain dramatic note, which is served to the voters to create a sense that voters’ choices have historic consequences for the country’s future. This approach creates a favourable base for populism to become the foundation of the campaign of all political parties and the use of populist rhetoric upon which momentum is built.

Global developments, especially after the recent victory of Donald Trump, and the success of ‘Brexit’ before that, have created the impression that anyone can win, regardless of the style of their political campaigns. Campaign techniques used in both elections have led to the conclusion that populism and statements that aim to shock the public result in more votes. In contrast, pragmatism, moderation and open access in politics are slowly starting to disappear. The problems facing modern Western societies, such as high unemployment, the migrant crisis, economic challenges, etc. are dealt with using a political “reality show”, creating the illusion among the electorate that it will be easy to solve these various crises. This global trend is increasingly accepted because it paves an easier road for politicians in their efforts to seize power.

These features are more or less present in Macedonia and are certainly not absent from the current electoral cycle.

On the other hand this election cycle has other distinctive features. The early parliamentary elections should be a way out from the two-year political crisis in Macedonia. The solution and political agreement, which resulted in these elections, came from the strong mediation efforts of the international community. The entire process in recent years has created tension and anticipation with strong civil protests and activities of all political actors on the political scene.

Starting from an already tense political situation, the political campaign and the entire election process is the culmination of this political turmoil. Expectations of the main political parties in the Macedonian and Albanian political blocks are big and they are using all means to win the elections. Although there are also smaller political parties and coalitions in these elections, the election system is designed in such a way that the outcome of the elections is not expected to change significantly. Additionally, politicians are hoping for low turnout.

The political vocabulary is further intensifying the already tense situation, and as election day approaches, it is becoming more than clear that the campaign will become tenser and attempts to tarnish political opponents will be the main feature at the expense of political programs and new projects.

Although both surveys show identical trends, the most important data from the polls for the political parties is the high percentage of people who said they were undecided or did not want to answer. The combined percentage of these voters in one survey is high 25.6%, and in the other it is almost 33%. Such information should alert the parties because these voters can decide the race. Although the main political actors have their stable electorate, it will not be enough to win enough parliamentary seats to provide a stable majority for any one political option.

Thus, Macedonia is on the verge of one of its most uncertain elections and uncertainty will continue until voting closes on Sunday evening.

This is partly an explanation behind the recent escalation of rhetoric between the political parties during the final weeks of the campaign. The last days of the campaign will be decisive and it is expected that all party’s major “wildcards” will be used. Mutual accusations and attempted scandals of the main political actors will not be absent, and will, on the contrary, intensify as Election Day approaches. The attempt to secure a better position in the media using certain techniques is evident and expected, as well as the new capabilities brought about by the active use of social media.

Ms. Peeva Luarencic holds a Master of Communications with rich professional experience in this area and in marketing communication that derives from two decades of practical application in the fields of corporate, institutional and political communications, insisting on ethical work and behaviour, professionalism and commitment to the job and profession in general. She is a guest lecturer for undergraduate and graduate studies at the American College in Skopje.