Guest post: Siham Bojji is a Moroccan political expert working on democracy and development programs in the Middle East and North Africa. 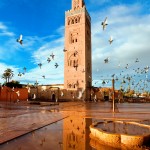 Despite many programs to “strengthen” parties’ capacity and increase the participation of women and youth, there is one segment of political parties members that programs have never precisely targeted. Democracy-building programs offer all kinds of technical expertise and assistance to the leadership, male and female members of parliament, youth wings’ members, central committee members, and so on. But we have never worked on studying or building the capacity of one group of party officials or at least understanding their role.

Most Moroccan parties assign individuals to liaise with other organisations providing technical assistance.  Implementers must coordinate with these individuals, who occupy relatively senior positions in the political bureau or central committee of the party, with apparent influence within the party. Relationships with party liaisons at the central level are cultivated, nurtured and protected as a way to ensure that technical assistance — workshops, trainings, and consultations — reaches the right people in the party.  In reality, however, these party liaisons lack influence in determining who is going to be in the room to benefit from regional workshops and trainings.  When organising trainings or workshops, implementers often hear: “we have to ask our regional coordinator” or “we need to confirm participants with our regional coordinators”.

The lack of central influence or leadership is most glaring when considering the promotion of women within Moroccan parties – particularly when it comes to nominating women as candidates on regional lists. Anyone who encourages senior-level party officials and leaders to include more women on district lists often encounters an attitude of resigned helplessness. “Even if we want to include more women, we have to check with our regional coordinators; we need their approval” is a common mantra among party leaders in Morocco.  If regional coordinators succumb to pressure to nominate women for elected office, they often nominate their wives, sisters or daughters.  The devolution of authority and decision-making to the local level can be healthy for internal party democracy.  What is not healthy, however, is when a single individual can hijack party priorities and prevent national policy and vision from being implemented.

Technically, the regional coordinator is responsible for the coordination of party activities in a determined geographic area for the party. He is charged with identifying and selecting candidates for elections.  He is charged with recruiting new members and choosing delegates to participate in party conventions.  The regional coordinator acts as the liaison between the national party headquarters and the region he represents.  These duties and responsibilities are not uncommon for national, membership-based organisations. To function, political parties need individuals to coordinate activities, collect and disseminate information, and ensure the party achieves and advances priorities.  But in Morocco, being “charged” with responsibilities is translated to being “in charge” in a way that hampers internal party democracy.

In reality, a regional coordinator is extremely influential, and he has poisonous control over party members in his region. He has the power to influence how people vote. Influencing voters is what party officials and activists are meant to do.  But in Morocco, we have met more than one party official who expressed concern that a regional coordinator might negotiate with other parties to direct votes towards opposing candidates.  He has the power to destroy the party in his region and “sell” its members to another party. Party members and voters become pawns in high stakes chess games between the regional coordinators and party leaders.

Regional coordinators are usually from the region they control and have a well-established base of support. They keep and control information and data about the party in their region.  They often fail to share information on membership numbers and priority issues from the party leadership, including those elected on behalf of the party. Interestingly, in Morocco, local members of parliament (MPs) or municipal councillors are rarely as powerful or influential in the region as the coordinators. The regional coordinator, not elected officials, performs much, if not most, of the ongoing party building and outreach.  Many MPs or councillors are not party “stalwarts” and have jumped on party tickets as a convenient vehicle to electoral success and not because they have any ideological attachment to party values.

Many Morocco watchers often claim that weak political parties in the Kingdom are the result of an election system that prevents any one party from ever achieving a majority in the national House of Representatives.  While the multi-member constituency system is challenging for parties wishing to elect enough representatives to govern alone, the Islamic Party for Justice and Development has shown that unity of message and strategy, together with organisational discipline, can result in electoral success.  Political parties in Morocco would benefit from breaking free of a system that empowers the few and prevents the inclusive democratic participation of their members and voters.