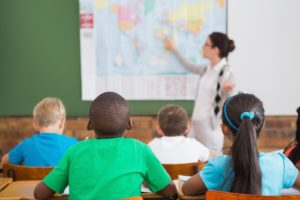 To mark the first International Day of Education on January 24, 2019, BCI’s Programme Manager, Eszter Kósa shares her thoughts on the role of education in her life:  as a social scientist, as a social worker and as a mother.  Eszter also had a conversation with an educator, Christine Binda, on the importance of education.  You can watch that conversation on BCI’s  channel

I applied to university in Hungary at the age of 18 to study social policy and social work in 1990 — a year of radical political change when state socialism collapsed.  Before 1990, universities stigmatised social policy or social work as unnecessary and useless topics that they refused to teach: communism was to solve all social problems.

I will never forget my entrance interview,  which was a discussion with an internationally distinguished professor. She told me “look, you have so many scores based on your written exam and your language knowledge that even if I give you zero, you are in. But it means you will take the place from someone else – someone who worked in the past with the Roma and the poor. (Helping poor and socially excluded was semi-illegal during communism as it was the manifestation of existing social problems, not coherent with the communist ideology.) You will replace someone who did not have the opportunity to learn in an elite high-school and learn languages abroad, but already proved his or her dedication to these subjects.”

I felt terrible.  It was the first (but not the last!) time I realised I come from a privileged situation. Access to high-quality education provided enormous advantages. I always thought my achievements were personal and suddenly I understood most of them came from the unequal educational system that favoured me. Two important notes: (1) the professor became a wonderful friend and mentor in the last 25 years. (2) The inequities in the Hungarian education system have multiplied since 1990.

Education is one of the keys to more equality between genders, within societies and also in global terms. Education is one of the most important vehicles for social mobility; it is not an accident that oppressive regimes often prefer selective education systems excluding girls,  the poor, or people of different ethnic backgrounds. Typically the most equal and wealthy societies (Scandinavian countries for example) are not only among those spending the highest proportion of their GDP on education, but they are also the most revolutionary concerning applied methods to support the adaptation of children to future challenges. Education is also a driver of economic growth and wealth: promoting high quality, equally accessible education is one of the best tools to combat poverty.

As a social worker I have seen, close up, the struggles of deeply poor Roma families to emerge from the vicious circle of hopelessness. Often children do not have proper clothes to wear in winter. When Roma children do go to school, the system often segregates them by classroom or institution. Disadvantages brought from home because of their family’s disadvantaged situation (poor vocabulary, lack of learned skills) are often defined as learning disabilities.  Many Roma children have little or no support at home with their learning not because their parents do not want to help, but they are undereducated themselves. Very often, Roma children do not have a desk or electric light to do their homework. The most heartbreaking experience is when you ask these kids about their future dreams and they do not have any, other than working in state-subsidised jobs.

Education can also heal as I saw when I worked to help unaccompanied minors and refugee children on the Balkan route between 2015 and 2017. Education allows children to be children, to use their amazing capacities to learn new things. A classroom is a safe place — even if it is in a refugee camp. A safe place of normality and structure without the horror many of refugee children experience.

I have seen positive and inspiring examples of severely poor or refugee children in the public education system. Kids who successfully integrated with amazing achievements. These stories always include a devoted teacher; the role of committed and highly professional educators is undeniable. We should not forget that (research proves) inclusive education and heterogeneous learning communities are advantageous not only for those who need to “catch-up” but for all. Cooperation skills, tolerance to diversity, and support for others are fundamental skills for a balanced life. 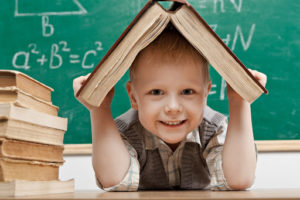 The thoughts of a mother

Because of my four children, I have rich experiences at all levels of the education system.   I was involved in running an alternative school in Hungary to provide child-friendly, inclusive schooling, emphasising competence strengthening instead of lexical knowledge teaching. During those ten years, I learned a great deal about alternative methods and project pedagogy. Through my children, I have met different challenges in the world of education: what it means to have learning difficulties or to arrive in a new school in a foreign country without speaking a word of the local language. I have gained a greater appreciation for the integrative education system, not as a professional but as a  mother in a migrant family.

But all these difficulties are “first world problems.” Problems related to the reality of those who struggle to get in any school to learn the most basic things. My professor’s words never let me forget to look at my (and my family’s) situation realising how lucky we are and how our advantages relate to the bigger part of the globe. Most importantly, I am reminded of our responsibility to ensure the fundamental human right of quality education for all.

Eszter Kósa is a Programme Manager with BCI,  a social worker and social policy expert who has engaged in various projects as a field worker, researcher and project manager. She has worked in Hungary, in the Balkans and also in crisis areas like Armenia and Eastern-Ukraine. Her main interests are social inclusion, combating poverty (with a special focus on child poverty), equal opportunities, human rights, civil society development and humanitarian aid.  Above all else, she is a mother to four beautiful children.