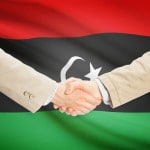 There are current and rapid changes in Libya. The arrival of seven of nine members of the Government of National Accord’s (GNA) Presidency Council in Tripoli on 30 March 2016 is the most significant of them. The statement from Tripoli by Martin Kobler, the UN Secretary General’s Special Representative to Libya, on 17 April that the “United Nations is back in Tripoli, and we will be here every day to work…for the benefit of the people of Libya”, is the second. Third and as a message to Libya others is the set of recent visits by the UK, French and Italian Ambassadors as well as the Italian, French and German Foreign Ministers to Tripoli to show backing for the GNA.

After a considerable preparatory period helped by formal UN sponsored talks to reach an internal Libyan political agreement to form a unity government, poor effects on the country from having two contesting governments, and wider environmental shifts – falling dinar/FX reserves, political stalemate, local sense of the country splitting, divisive struggles over future state resources, alienation from neighbouring states/EU etc, a notable number of Libyans gradually shifted in their political balance to the present initial acceptance of the GNA.

The flip last week by the National Salvation Government (also known as the General National Congress, GNC) in Tripoli to move to its UN-sponsored Political Dialogue agreement role as a State Council was a signal moment showing a ‘get with the opportunity early’ attitude. Its auto-dissolution also showed the uneven split in the GNC, leaving its chief, Abu Sahmain, isolated and complaining. It also led to a reversal of the move. The temporary decrease in militia tensions following the arrival of the GNA cannot yet be taken as an enduring fact, as indicated by possible pro-GNA and anti-GNA militia/security forces fighting on 16 April at the house of Ahmed Mateig, a GNA Presidency Council member.

At a wider level, the Tobruk-based previous government, the House of Representatives, is now sidelined by activity in the west in Tripoli and under more pressure to convene a session to vote to endorse the GNA as required by the Libyan political agreement. It has not met since the third week of February.

There is a widening momentum to a national solution as regions and cities in the west and south of the country (Tripolitania and Fezzan) state their support for the GNA, at least for the moment. The east (Cyrenaica) remains more opaque about its commitment to the Sirraj government.

The GNA will need to be, remain and grow clearly as the only internationally recognised government (see UNSCR 2259) and it seems to be going well. Several countries are reported to be interested in returning to Libya, mainly neighbours and those with deep economic interests such as Turkey.

The next issue will be oil exports. If the al-Feel and al-Sharara oil fields come on stream and their export port of Zawia opens (it has been closed for more than a year by interests close to the GNC in Tobruk), then Libya will have 640,000 bpd more production for export which will be a huge psychological issue for factions in Libya. It has a low national daily production of 350-400,000 bpd. Money flowing back into the Tripoli-based National Oil Company will potentially lead to a decrease in violent competition for declining current resources and instead will probably result in a reasonably organised and predictable distribution of wealth as a major agenda item for the GNA. This gives the Sirraj govt an in-principle opportunity to buy off neutrals and enemies. For now.

The future for the GNA is about obtaining and supplying money and services. It is not really just yet about Libyans collectively doing national development projects. Taglines such as “Together Let’s Rebuild Our Libya” are a long way off. Libya will instead, and as before, tend to hire foreigners to do this. And, with a bit of optimism and consequent stability there is and will be still much to do, especially in state capacity development (national and local), establishing predictable rule of law, replenishing essential supplies and fixing if not growing weak infrastructure. Enlarging oil exports will underpin this. At last week’s donors’ meeting on Libya held in Tunis and attracting about 40 countries and international organisations implicitly recognised Libya’s ability to self-fund recovery by achieving a modest USD20 million of commitments over the next two to three years.

Unsolicited migration through Libya to Europe is one of the top three issues for the European and international community. On this, the main thing will be to use the optics of the refreshment via new oil sales of Libya’s dollar reserves earned to show the Libyans living near borders and in the inland that there might be other things to do than smuggle (drugs/arms/people/commodities) in terms of return on labour and capital.

A growing oil-sales-based dinar will be stronger than the dinar is now. Therefore, USD denominated trafficking will be more expensive for migrants trying to buy a seat north and thus a disincentive (although at the margin) for movements. Numbers, theoretically should fall.

This is a macro-economic lever with potentially useful consequences as long as the new GNA also controls its economy linked sovereign risk in other ways, such as by reducing its subsidy payments on petrol, gas, water, electricity and certain foodstuffs. The subsidy drain on the economy includes wage payments to former revolutionaries. Subsidisation of commodities also underpins cross-border smuggling with Libya’s neighbours such as Tunisia and Chad.

Libya faces real problems on micro-economics: regulatory alignment (let’s look at the post-Oman Libyan constitutional text and the legislative changes need to implement it once voted on by referendum), local government laws which affect the way local councils deal with internally displaced persons and migrants, role of the state and private sector etc. Libya can have a much more benign environment for business start-ups and re-consider the strategic hobbles its overly regulated economy and most generous employment laws place on future non-oil economic diversification. Three generations of heavy regulations suppresses entrepreneurialism as well as the prospects for social impact oriented community-livelihood projects seeking to establish private businesses and employment.

Libyans and their leaders are now probably seeing opportunity to re-establish a patronage state. Why not, as they have 40 years of experience in that regard and it is in itself compatible with traditional tribal/state bargaining behaviour underpinning the 1969-2011 state. It may be able to head this but only to a small degree. Oil wealth jeopardises flexible government. Libya does not have the same tradition of dynamics of governance as have donor countries. This will likely lead to disappointment among donors and implementers unless their interventions are also leveraging off the local context and local incentive structures to the extent possible, appropriate and lawful within boundaries of their projects to stabilise, reconcile and help rebuild Libya.

Philip Eliason is a Middle East consultant working on Libya’s stabilisation. A former Australian diplomat, he has worked on trust building and policing in Yemen, human rights and counter-terrorism , and political dialogue in Libya from 2013. This post reflects his personal analysis.