Following are highlights from 50 In-depth Interviews in key Libyan communities, conducted in August 2015.

For information on how to purchase the detailed report, analysis and recommendations, please contact the Libya Analytics team through Frank Talbot at: [email protected]

Libya today is a changed country. Since the fall of the authoritarian regime, power relationships in and between communities have transformed. Obedience to the state has evaporated along with the state. Young people have endured years of interrupted lives, education, employment, and community. Power vacuums are being filled by the earnest, the opportunistic and the malevolent.

As companies plan their return to Libya, they will find it changed in many ways.   The absence of effective national governance has resulted in alternative power relationships at the community level. Local forces, feeling entitled and empowered, will demand a significant role in determining social, political and economic developments in their regions.   Understanding these changed relationships, perceptions, and expectations is vital to any company contemplating business in Libya.

“Keeping up with these changes and understanding what they mean is the business of Libya Analytics.” 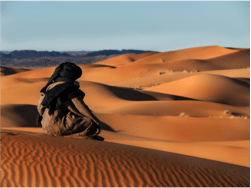 Following the 2011 revolution that ended Gaddafi rule Libya has struggled to reap the dividends of political freedom and the promise of development. Armed groups, credited with propelling the revolution, either dissolved into the nascent and formative state security structures, regrouped as local militias, or gained political and or economic power through force of arms. Libyans previously proud of their revolutionaries quickly tired of ad hoc and often irresponsible shows of force for political or economic gain without consideration of state building.

The inability of the state to exercise its legitimate authority within its sovereign borders allowed the exponential rise of groups functioning outside the law. Unhealthy rhetoric, violence and interference have sabotaged critical state-building activities and initiatives creating deep divisions across communities, and a frustration that boiled to the forefront in late 2013.

As the post-revolution period spiraled into 2014, political institutions and national solidarity fragmented so severely that repairing it has become an ongoing international concern.  While desperately needed, conditions for a unified political agreement have eluded international brokers and representatives from two rival claimants to the reins of the Libyan government. It is a country cleaved along a myriad of complicated fault lines: secular-religious, regional-tribal, revolutionary-Gaddafi era, and economic.

Ultimately some form of political agreement must be found to halt Libya’s careening toward an unsalvageable failed state that will remain fractured and distinguished as a haven for human traffickers, terrorists and the power of the gun. The majority of Libyans want an end to the current turbulence and uncertainty. Growing restlessness will prevail as citizens seek to restore a semblance of stability and continue the project they started in 2011.

Libya Analytics undertook in-depth interviews with residents of five towns in Libya. Those interviewed are active members of their communities or opinion shapers.   They comprise a number of occupations and range in age. All are employed or actively engaged in grassroots organizations, including civil servants, oil company workers and elders in insular oasis towns and larger hub centers, which serve as staging for regional trade and commerce.

The five communities are located in the central and southwest regions deeply inside the petroleum producing areas of Libya. These communities were selected because of their proximity to the oil fields, and their inexorable link to that economy. The views of 50 respondents to the interviews are important because they provide valuable insights to the perspectives of respected community members, who are influential in shaping broader community views.

Highlights from the interviews

Large communities such as Ajdabiyah, Ubari and Waddan serve as regional economic and trading hubs. They tend to be more heterogeneous populations influenced by external political, social and economic factors. The Oasis communities of Awjilah and Zillah are more homogeneous and insular and, to a greater degree, self-reliant.

The full report, with detailed and comprehensive analysis can be obtained by contacting the Libya Analytics team through Frank Talbot at: [email protected]