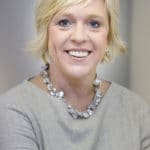 I still remember my first steps into politics vividly. During my studies at the KU Leuven University I worked with HIV-positive prostitutes. An internship that I felt was very rewarding. One day, my uncle Valère, who was a senator himself asked me: “How many people did you help today?” Proudly I announced a total of 3 or 4 people I helped that day. “Well”, he said, “when you go into politics, just by passing one good law or legislation, you can help 10 million people. This was the moment I realised that in politics you can really help people and, as the idealist as I was, I knew right there and then that this is was what I wanted to do.

Therefore, in 1996 I stepped into politics. First, as an assistant in the Senate, focussing on foreign affairs and the Rwanda Commission. Then, as an advisor of government officials.

When I became the advisor of the Belgian Prime Minister in 2000, I was tasked with security and defence matters. A world that is not particularly run by women, and 17 years ago this was even less the case. Nonetheless, I was personally very interested in this file. Security and defence issues are exciting and play a vital role in foreign affairs.

Since then, I particularly remember a meeting on the purchase of a ship by the Belgian government. I entered the room, filled with men in grey suits. All heads turned my way, the men in disbelieve that a woman just entered the room. ‘I think you are in the wrong meeting, lady. We will be discussing the purchase of a ship. You must have made a mistake.’ I immediately made clear that I was in the correct room and that I would be participating in the negotiations as advisor to the Prime Minister.

In my whole career as a female politician I encountered similar situations. While it was not always easy, I held my head straight and fought back. I believe that if you really want to achieve something and do not let go, we, women can surpass such unpleasant encounters.

But, also for other reasons women play a very important role in politics! Women and girls have a different view on the world. We are not only champions in multitasking. We also have an eye for details and aspects that might be overlooked.

Actually, the participation of women in politics is a prerequisite for gender-balance in all sectors over the world. If there is no gender-balance in politics, how can we expect this would be the case in society as a whole? Politicians outline policies, draft and vote laws, and, more importantly, have an important public standing. It is their responsibility to call for gender-equality and to work towards it. However, if politics is only dominated by men, who do not always have the same interests, it is less likely that policies and legislation, tackling gender-equality, will be outlined. We need women in politics to fight this inequality in all sectors of life.

Hence, we could almost speak of a vicious circle. Less women in politics means less gender-equality policies, which means a lower accessibility for women to politics and other powerful positions.

As Ghandi implied, the level of democracy and wealth can be measured by taking in to account the situation of women.

If we want to break this cycle we need to progress on several levels. It is clear that that women and girls should have better access to education, but this is not sufficient. In Belgium for instance more girls than boys have higher education, but still more men than women have higher positions. Therefore, also other measures are necessary, for example by making it possible for women and men to combine their jobs with raising children. And, I personally believe that quota are still necessary and show positive developments.

Although the introduction of legislation has an effect, it does not completely change mentalities. Achieving change in this field is not an easy task. But, in a world where bloggers and social media rule the world, we should use these avenues in our advantage. Spreading positive messages via socialites, role models and persons with public authority have a positive effect.

We can all be feminists, even our husbands.

Finally, women and girls, I would like to address you specifically. Collect all your energy and courage and fight for the things you find important in life. Don’t give up and don’t let yourself be taken down. We emphasized this at the event we organised last week, together with Woman in Politics (WPL), that you are all powerful individuals who will grab opportunities and challenges with both hands.

While it starts with making networks between women and girls, we can only achieve gender-balance in politics, in the world, if we all work together. It is and should not be a matter of us, women, against them, men. No, it should be us, men and women fighting together for this balance, for this change. The word ‘feminist’ is not only reserved for women. Also your sons, husbands, male friends and fathers can be feminists! We should include everyone in this debate and fight for equality together, society as a whole. In this area we can do much more. After all, by advancing the situation of women we improve the world for everyone. We can do it!

Hilde Vautmans is a Liberal Member of the European Parliament from Belgium.